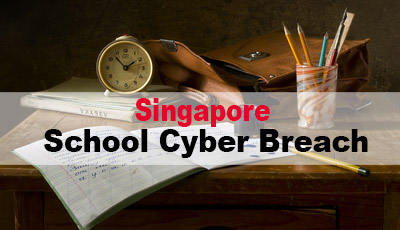 On 20 November 2013, the websites of Singapore School Cyber Breach were defaced at 13 schools between a short time of 3.30pm and 5.00pm. This breach, at least, didn’t seem to come with any ill intention, still gave a lot of lessons to learn. All the sites of the 13 schools were hosted on a single server, and this incident is popularly known as the Singapore School Cyberattack.

The websites of the following schools were defaced during the incident.

In terms of the harm done, it was almost null. The main page of the school websites showed “Hacked by Jack Riderr” and also a logo referring to “Muslim Hackers.” It also stated that the site was hacked to report the vulnerability of the site, and they also gave a clue of a significant weakness. What was written was also a piece of advice to patch the security on the site. So, in one term, it is safe to say that it was just a group of some white hat hackers strolling by, working in the way the black- hat hackers do.

In case the website server was hacked with any ill-intention, it is needless to say that it could have caused a lot of harm. We could say that we should not be escalating this event, but this shouldn’t stop us from learning the lesson after what happened. The Singapore School cyberattack, along with many other cyber attacks at the time, proved that the security was decidedly less thought about by the sites. Even if various rules have been made about this aspect, still there are companies who haven’t even thought about the consequences if their website is hacked after all. Well, the hacking of these school sites came all of a sudden, and it was for all unexpected that the sites of the schools were even targeted. But, what’s for us to understand is that this is the exact concept behind hacking, the hackers won’t need any consent, and these types of cyberattack may come on our way anywhere and at any time.

So, what can we do to keep our sites safe? There is much, actually. First off, make sure that only authorized people are allowed to upload files on your website. Then, also check for SQL injection and protect against XSS attacks. If these things are somehow confusing for you, you could also hire a hacker; there are plenty of the good ones out there who will be glad helping you. And then, you also will need to make sure that every password used in your website are strong as they should be. And don’t forget, you should always be paying close attention to any type of warning, the window is not for you to close.

If you pay careful attention to all of these, you will be safe, and even something modest like the Singapore School cyberattack won’t happen to you.