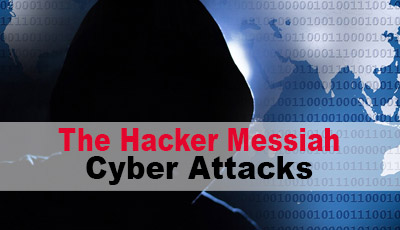 In the year 2013, Singapore had a lot of cyberattacks come its way, some of which created a lot of damage. The man behind must of these attacks was a member of the hacker’s group “Anonymous,” and he called himself “The Messiah.” Initially, the man was charged for about 39 cyber-related crimes, but later on, it was found that he could be responsible for more than at least 100 cyber attacks. The reason for the hacker Messiah cyber attacks was because of the Singapore government introducing a web censorship regulations in the sector of online news outlets.

On June 1, 2013, it was made a new rule that the every online news handlers in Singapore had to acquire a yearly license to post any news content that involves Singapore. Also, it was also made a rule that any material, if found out to be inappropriate or prohibited, had to be removed from the website under 24 hours had the Singapore’s media regulator said so. Due to this, the Annoynymous started posting videos on YouTube, claiming that these types of rules take down the internet freedom, due to which they could be prompted to take further actions if it was not resolved. And this was the reasons why many high-profile websites including that of the Straits Times, People’s Action Party’s Community Foundation, Ang Mo Kio Town Council, Seletar Airport and more were broken into by “The Messiah” in most of which, he left various messages demanding the rules be taken down. This alerted the entire country in such a way that it created havoc in the internet world like never before.

After a lot of investigations, the man behind all of these cyberattacks was found and finally “The Messiah” was exposed and brought into the care of the law. The man, James Raj Arokiasamy, 36 years of age was finally sentenced to a five years jail sentence on January 22, 2015. He had faced a total of 162 charges, out of which, 39 were related to cyber-crimes, and one was for a drug misuse charge. But even in the court, the man refused to reveal anything about his involvement with the Anonymous. The man had fled to Malaysia in 2011 to skip a police bail against his drug-related activity, and was extradited back to Singapore in 2013.

The Messiah cyberattack is arguably one of the biggest series of the IT related crimes the country has ever seen. When all of this occurred, these incidents had been the talk of the town everywhere across Singapore because so many websites, which were supposed to be the most secured had been broken into so easily by a single hacker. These events, thus, taught a valuable lesson to the authorities and the public, that the internet security is to be taken more seriously than we usually do. Because, even if the purpose of the hacker, in this case, was to go against a government rule, these incidents could have become worse than anyone would have ever expected them to be.