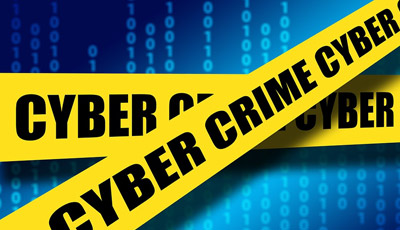 In 2013, hackers threatened to ruin Singapore’s Information Technology. This created a lot of negative buzzes everywhere because it was already apparent that the cybercrimes had been increasing dramatically in the country. Due to this, Prime Minister Lee Hsien Loong, in one of this statements, issued a warning where he made it clear that anyone trying to do such a thing would not be compromised and no matter what, the person would be tracked down and brought into justice. And just after a week of him making his statements, the  Prime Minister Office Website Cyber Breach took place, where a hacker broke into a section of the Prime minister Office(PMO)’s website.

It was reported that a subpage on the Prime Minister Office website was compromised. The Infocomm Development Authority of Singapore (IDA) also said that a vulnerability in the webpage, cross-site scripting was used to display images from other sources. The cross-site scripting also known as XSS is a vulnerability which is found in web-based applications.  It lets the attackers inject client-side scripts into websites when viewed by other users. XSS, in itself, has many types and at this moment, cross-site scripting is taken as one of the biggest website security threats that persist.

Hackers Demanded a Law to Be Removed

The Prime Minister Office Website cyberattack came between the series of attacks where the hackers demanded a law to be removed. During that year, it was made mandatory for any online news sites to have a yearly license before they could publish any news articles relating to Singapore, which the hacking group “Anonymous” was entirely against of. Their saying was that this would hamper the internet freedom. During the time the cyber breach occurred, authorities were unsure if it also was the cause for this cyberattack, but it was a huge possibility, since the man who got into the website leaving a message in a somewhat offensive tune, where he said that the Anonymous was there. They removed the hacked section, and by 8 hours, the website came back, running in its original form.

A 28- Year Old Man Was Arrested

A year later, the man behind this incident was arrested. A 28- year old Singaporean, Mohammad Azhar bin Tahir, was arrested for breaking into the website and showing mocking images and was sentenced to a two months jail time. The man didn’t make any comments on whether he had any ties with the Anonymous but did accept he was the one who hacked the section.

This event was yet another one of the high- profile cyberattacks coming in groups and even if it was unlikely that the attack was meant for significant damage, it definitely could have been worse. For the Prime Minister’s Office website being hacked for what in most ways seemed like a joke, it still didn’t give the right kind of impression. Anyway, most of the issues on the website have already been fixed till now, and it is good that the network privacy and security in the country are being taken more seriously than before. Still, as the technology proceeds, the hackers will always find newer ways to get in, so it is necessary that all of us develop healthy internet habits.