Singapore Bank Data Breach Could Be Next Target

Singapore Bank Data Breach Could Be Next Target 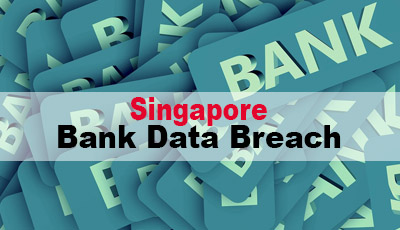 After the Singhealth data breach, where the personal data of at least 1.5 million patients was stolen, speculations have already begun that the banks could be the next target. With the hackers targeting bigger websites, it is very likely that banks would be the next place where they could be seeking insight, and it is necessary that the banks be well prepared for anything that comes. Who knows, with the occurrences of such incidents being so common, a Singapore Bank data breach could come in the next minute. And if it does happen, it is already known that it could be doing a lot of damage.

Not to Reply NRI Number

For now, the Monetary Authority of Singapore has been advising the banks not to rely upon only the name, NRI number, race, gender, date of birth or any other basic information for customer verification. Also, the banks, have been creating additional layers of security on their sites, including one-time passwords and biometric identification, which is a good step, but many analyzes say that the financial sector is still not ready to keep up with the potential data breach that could be coming in the near future.

Well, yes, these days, the banks have been investing a lot in technology and are leaving nothing behind to use the available technology in the best way possible. And this thing has been bringing them a lot of revenue as well. But, according to the Deloitte Cyber Risk Services CISO survey, only 1% of the revenues that the banks generate are spent on cybersecurity. This is not enough, and for the banks which are considered to be the safest place for someone to entrust their life savings to, they must be making sure that they spend more on cybersecurity, trying their utmost best to keep their web content as safe as their money safes.

For this, the Singapore government has decided to scale up the investment in cybersecurity, which is a good approach, of course. Many initiatives have been started to go against cybercrimes, and hopefully, they will help in the betterment of the site security. And for the banks, the time itself is challenging, not only they should be investing in the existing security services, but they could also set up funds for newer cybersecurity startups. Also, they could be creating a lot of employment opportunities; they should be hiring data protection officers or hackers and try to keep them working all the time. Because it is only a matter of time when a new vulnerability could be discovered, and if the necessary steps are not taken when there is time, the banks will have done nothing even if they have done everything.

To conclude, it is very true when someone says that a Singapore bank data breach could be on its way. But it doesn’t necessarily mean that we have to panic. Because, with the right initiatives, it could be prevented, and the banks are more than capable of doing so.