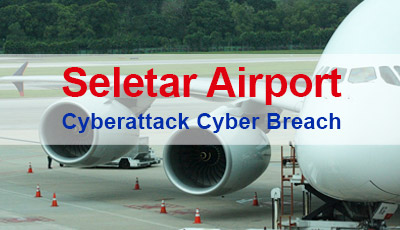 The Seletar Airport cyberattack was yet another website breach in Singapore in 2013, which came in like a wave between October and December. The damages were not so much; the site only had been modified to display a black and green background with an image of a skull in the middle wearing a hood. Even if the person who carried out the attack was unknown, most still predicted that it was another work from the hacker with the moniker “The Messiah,” who claimed in YouTube video he was a part of the hacker’s group, Anonymous.

This particular cyber-attack didn’t have a lot of causalities, and the site of the airport came back running into normal in less than 30 minutes after the breach was discovered. The airport and the Infocomm Development Authority (IDA) didn’t want to make it any big deal, and they didn’t want to stretch the incident further, refusing to make any comments about it. But anyway, that didn’t stop the speculations, and many believe it was the work of the Anonymous hacker “The Messiah.” He is known for at least 39 cyber-related crimes and still, being behind an incident such as the Seletar website cyberattack means the person needs to have a lot of skills.

Every Online News Porta Need to Have a License

If it was The Messiah, after all, the reason or this was the Anonymous going against the rule forwarded by the Singapore government, according to which every online news porta need to have a license and renew it regularly if they want to publish any news article based on Singapore. And the license is only issued if the outlet agrees to a term, according to which a news article should be taken down within 24 hours if it the article was deemed prohibited by the Singapore’s media regulator. According to the Singapore’s government, this rule wouldn’t take any internet freedom of the handlers, but The Anonymous didn’t think so. Soon, there were videos published on YouTube, warning the Singapore government that if it doesn’t take any steps, the anonymous would have to do so. As a result, many websites were hacked, and the time because very busy for the investigators and the authorities. On January 22, 2015, The Messiah, James Raj Arokiasamy was sentenced to a five-year-long jail term after he was found guilty of the cyberattacks that took place in 2013.

Even if the Seletar website cyberattack wasn’t given a lot of the spotlight for it coming in the midst of more significant attacks, it still added on to the lesson given by the breaches that occurred in the time. It showed that the internet security, at the time, wasn’t given as much importance as it needed and some part of it still holds true to this day. Even if the websites previously being hacked already have their bugs fixed, it could only be a matter of time when someone finds a new vulnerability. In such cases, there is nothing much that the government can do, and the only way to ensure we have the maximum security in the network is by ourselves being aware of it.