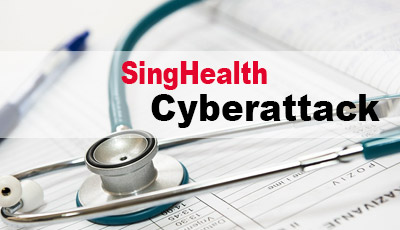 On July 20, 2018, a cyberattack, deemed as one of the worst cyberattacks in Singapore happened when hackers stole the personal information of more than 1.5 million people from The SingHealth’s database. Among the victims was Prime Minister Lee Hsien Loong, whose medical information was targeted repeatedly. Known as the SingHealth Cyberattack, the personal particulars of the 1.5 million people including their names, NRIC numbers, and addresses were copied by in an unauthorized way among which 160,000 people also had their medical records stolen in this incident.

Cyberattacks in Singapore have been frequent occurrences, but this one had its toll. It affected almost everyone visiting any one of the Singhealth’s specialist health institution between May 1, 2015, and July 4, 2018. Even though what the hackers stole were some basic data, there still could be chances of these data being used for more severe activities. Due to this incident, Singhealth even had to stop the services from all of its staff computers temporarily.

It was on July 4, 2018, that the Integrated Health Information system detected some unusuality in the IT database of Singhealth. It was later found out that a forefront computer of the institution was infected with malware due to which gave the hackers access to the personal database of its targets. And during this time, many immediate safety measures were also taken like changing the database passwords, monitoring of the database and system logs, restricting domain administration access and even blocking connections to avoid the further exploitation of data.

The aftermath of this attack has kept everyone thinking, for it was not a casual game. This incident indeed, had some purpose behind it for it was a well- planned attack. For conducting a hacking attack of this caliber, advanced tools are needed, and there is no way we can believe it was not deliberate. Who knows, it could just be a starting point of something leading to more significant problems, with the hackers only giving us a hint of something more sinister that is about to happen. Many people believe some other countries conducted this hacking for spying purpose, the United States, North Korea, and China are taken as the most likely culprits. Well, there aren’t any concrete reasons for us to conclude it, but still, there are not enough reasons this could not be true. And on top of that, it is pretty evident that some might be starting to lose faith in the government. Even after something as big as the Singhealth cyberattack has taken place, it sometimes seems that the government is still clueless about what can be done.

Anyway, it is not only the government to blame, for cyberattacks are a major concern everywhere in today’s time. So, what matters is not for us to blame each other, but all of us coming together to minimize such problems as much as we can. On the 11th of September, the public was invited to give recommendations to stop such cyberattacks, and this also shows how everyone, including the government stopping attacks like this.