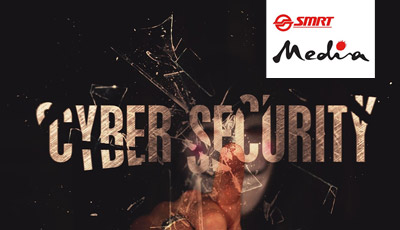 The webpage of Singapore MRT Media website hacked was reportedly hacked on October 14, 2014. Visitors of the website were redirected to some other web page in an incident of SMRT media website hacked that grabbed headlines all over the world.

SMRT Corporation’s advertising arm SMRT Media faced an incident of cyber attack when its users were redirected to another webpage. The affected webpage had the details of the advertising rates of the firm.

How Did the Hacking Affect the Users?

The incident of the SMRT Cyberattack was detected at around 4:30 pm in the evening on Tuesday, October 14, 2014. The hackers hacked the webpage which was hosted on the website of SMRT, a Singapore based transport operator.

According to reports, users who made an attempt to get the ad rates for the buses on the website called www.smrtmedia.com.sg were redirected to a webpage. The heading of the page was “Hacked By: Bortecine Tim”. There were motifs of a star and a crescent moon on the redirected web page with texts in a foreign language.

Various motifs were displayed with a black background on the redirected webpage. There was an image of a man with a snarling wolf. The symbols look quite similar to that of the national flag of Turkey.

There is no proper clarity on the exact duration for which the website of SMRT Media was compromised by the hacker (s). However, the web page was hacked for quite some time as reported by various publications. But, by 6 pm the same evening, the firm could restore the correct webpage for its users.

When a search was made for the user called @ BortecineTim on Twitter, it revealed that there is a profile on the social media with the same picture that appeared on the hacked webpage of SMRT. In fact, what was interesting to note was that the said Twitter account had screenshots of certain other web pages the group or the user had hacked earlier.

Mr. Patrick Nathan, the VP of Corporate Information & Communications for SMRT shared that they were already doing investigations on this incident. Nathan added that they were closely monitoring the online presence of the company.

At 5:10 pm the same day, the hacked webpage was fixed partially. When users clicked on the link, they were taken to the main webpage of the company’s advertising rates. However, there was no display of the ad rates for its buses then. At 6 pm, when a second check was conducted, the affected page appeared to be back online.

SMRT Cyberattack is not a stray hacking incident in Singapore in 2014. A hacker group called “The Knowns” leaked the details of over 300,000 members online a month earlier. The lesson learnt from this cyberattack in Singapore a few years ago is that websites are susceptible to threats from hackers, malware, spyware, and Trojen Horses and not to take the issue of network security in a light-hearted manner.

Recent Posts
Go to Top
This website uses cookies. We will assume you are fine with this. You can opt-out if you want to.AcceptRead More