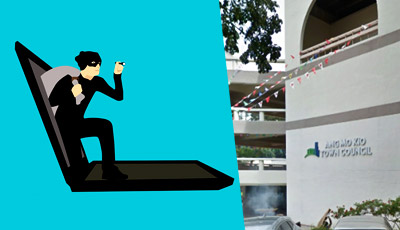 Ang Mo Kio Town Council website cyber breach was yet another work of ‘The Messiah’, a ‘serial hacker’ who was known for hacking more than a hundred sites in 2013. The Ang Mo Kio Town Council website cyberattack was another incident which disturbed the authorities at that time and also was another cyber breach which showed that most of the websites are not as safe as they should be.

The Ang Mo Kio Town website cyber breach didn’t create a lot of problems on its own, but still, it warned that if everyone was not alert soon, something more culprit could be on its way. Well, this proved to be true in 2013, because until 2018, we have been through bigger problems, and the hackers still have been leaving everyone clueless, as they gain access to every information from countless archives considered to be safe and secured.

This particular event didn’t exploit any personal information. The Ang Mo Kio Town Council, stated that their website only consisted of public information. Anyway, what it did teach to the people that time, and still holds true, is that we need to be more alert that we are. In no time, we could be the victim of a similar attack. There are many crackers out there who could create the biggest problems in a person’s life, all with a computer. From stealing everything from a person’s bank account to bringing out very personal details, everything is possible by hacking. So, we need to be more concerned about our network security; this is what the Ang Mo Kio Town Council website cyberattack teaches us.

Anyway, before the public can do anything about it, it is necessary that the website operators themselves be concerned about it. The Public Obligation under section 24 of the PDPA states that a business should have enough security measures to protect the data of its customers. Also, the Openness obligation under section 11(3) also says that there must be at least one Data Protection Officer in every website run by an organization. Also, a business should also have developed policies to make sure that it doesn’t miss out on the PDPA. This hacking happened in 2013, and since 2015, every rule of the PDPA are strictly monitored, still many organizations can’t conjugate with these conditions, so there is a lot of risk of such events being repeated.

The Same Hacker Name “The Messiah”

The man behind this incident was, once again “The Messiah,” the same person who hacked the Straits Times and many other websites including those of the government offices. He was accused of breaching the security of at least 39 websites initially, which went to more than 100 later. And of course, there might be even more. Anyway, the man has already been captured, and James Raj, “The Messiah” was sentenced to a five years jail time in 2015 as a result of his cyber-related crimes. Even though this man has been captured, there still are many other capable of doing the same damage, and it is evident, the nationwide struggles against the cyber breach are far from over.